A History of the TeraStation: Celebrating 15 Years of Reliability

In 2003, Buffalo started a project to develop a device that would address rising industry needs to store large amounts of data. It was an era when businesses were thriving online and users demanded more music, pictures, and movies in digital form, led by the increasing popularity of digital media devices such as Apple’s iPod. Customers were looking for ways to both safely store data and easily share it with other users on a network. Buffalo named the device in development the "TeraStation" to highlight its capability of storing a terabyte of data in RAID 5 at an affordable price.

The initial focus of the TeraStation was towards home and Small Office/Home Office (SOHO) users, and the device was designed to meet their needs. During production, the TeraStation project faced several challenges, such as procuring quality hard drives while keeping the product price below $1,000, and designing a chassis that can house four drives and a full-sized power unit while keeping a compact form factor. The Buffalo engineering team successfully overcame these hurdles and launched the first TeraStation model in December of 2004.

Once the first TeraStation was launched, it immediately garnered a small but dedicated following in Japan, the US, and other countries. This following gained traction, quickly leading to the TeraStation receiving industry-wide recognition and several awards, including the Next Big Thing award at CES 2005. By the end of the first year, the TeraStation had sold 30,000 units worldwide and established itself as a highly-recommended data storage product by many SOHO and even enterprise users.

As the TeraStation enjoyed accolades and rising popularity amongst enterprise users, Buffalo received several requests to address the issues business customers were facing. Buffalo visited countless resellers and system integrators to compile the requests, such as:

With the launch of the second generation TeraStation, Buffalo proved that the product had become capable of readily serving not only home and SOHO users but also SMB (small and medium business) users.

The third generation TeraStations, the TeraStation Pro, were launched in 2006 with 3x faster transfer speeds and faster CPU clock speeds than the second generation TeraStations, which drastically improved the slower backup speeds, and supported the units joining Active Directory domains. Other products were also added to the line up at the request of end users, including rackmount and iSCSI-dedicated models.

Today, the TeraStation is at its sixth generation with the TS5010 series, which features 10GbE speed, cloud integration capability, and the most robust physical and logical data security features ever provided on a TeraStation. Buffalo will continue to evolve the TeraStation to provide reliable, secure, and comprehensive network storage solutions to end users at an affordable price. 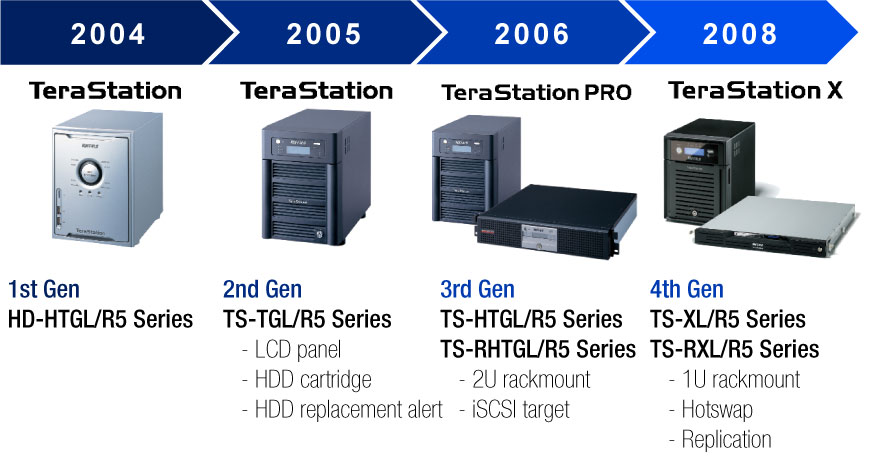 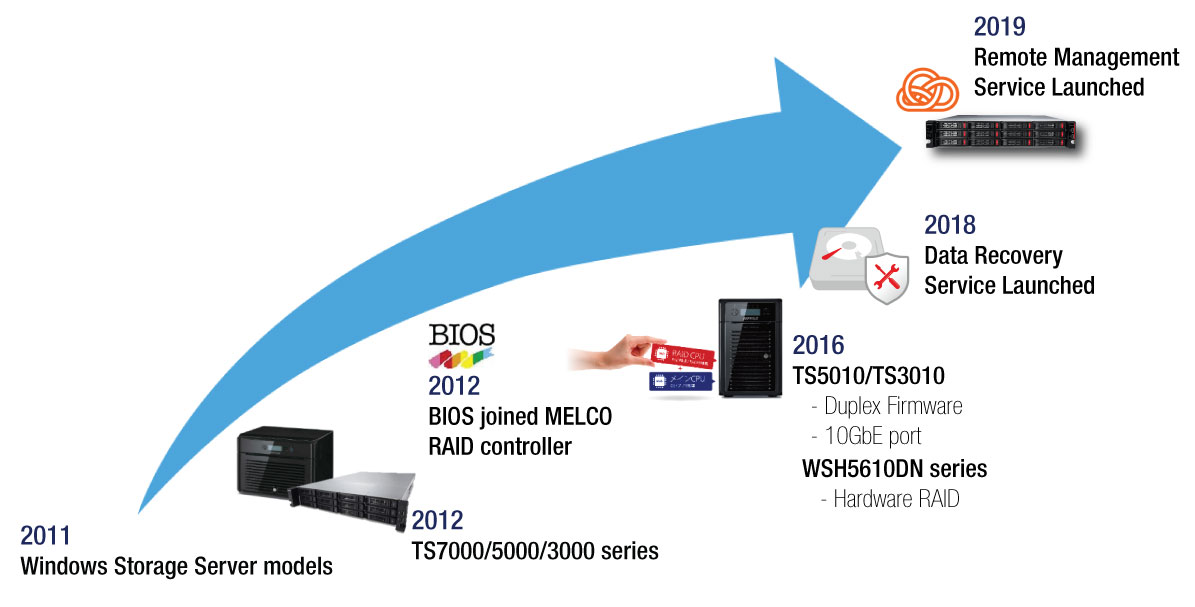 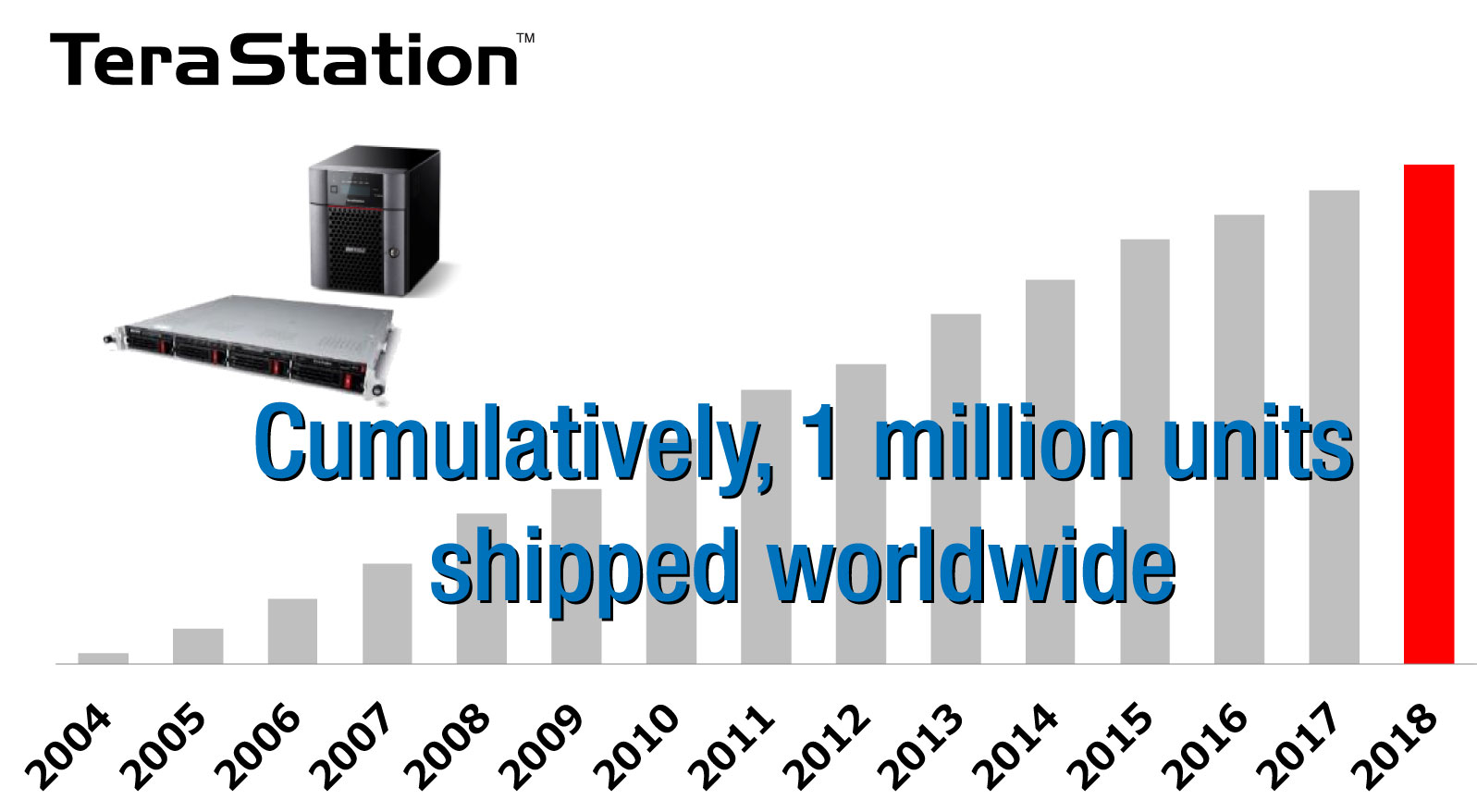 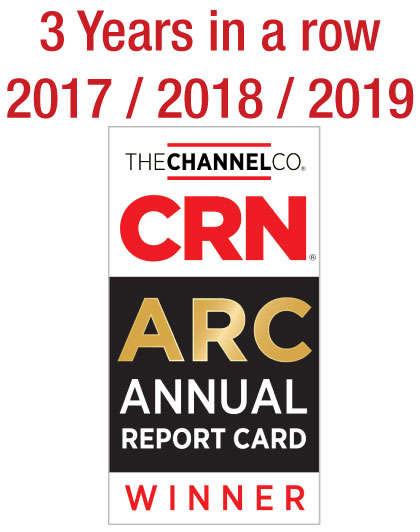 Reliable & easy to use products with personal pre & post-sales support. These are the fundamentals which have helped us win CRN's ARC award 4 times, including 3 years in a row!