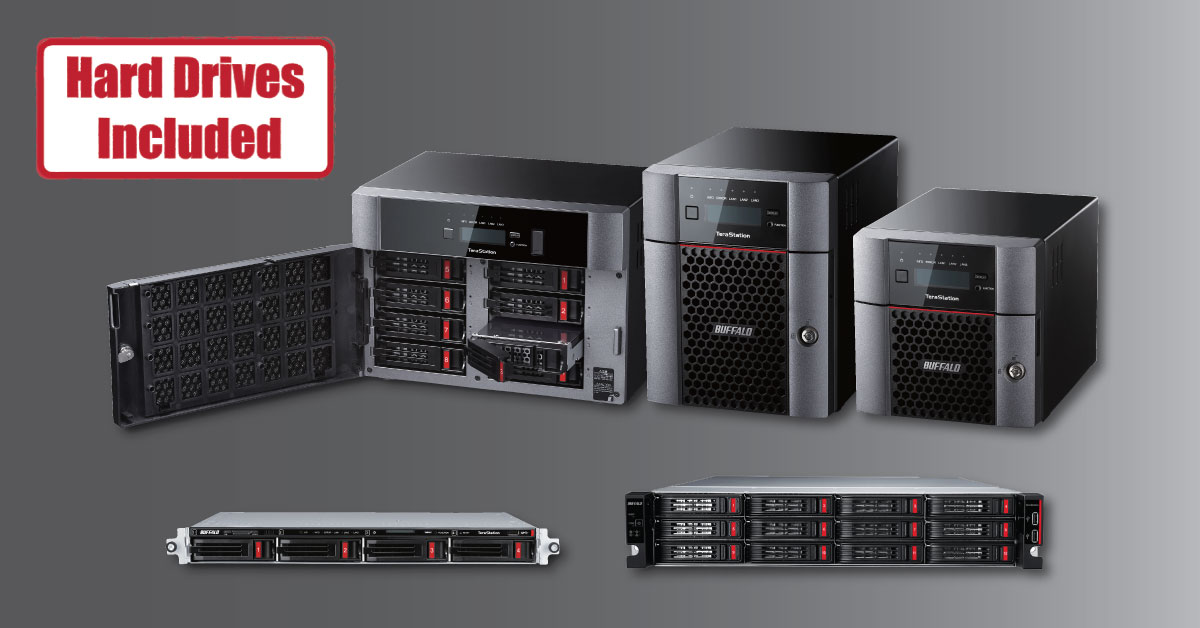 When data is written onto a CMR drive, it is written onto magnetic tracks on the drive surface that are laid side-by-side, with small gaps being placed between the tracks so that they do not overlap. These separator gaps affect the overall areal density of the drive, as they mean portions of the drive’s surface are not being utilized.

With a CMR drive, data can be freely rewritten over an existing track as it has no effect on neighboring tracks, allowing them to handle more random write operations. 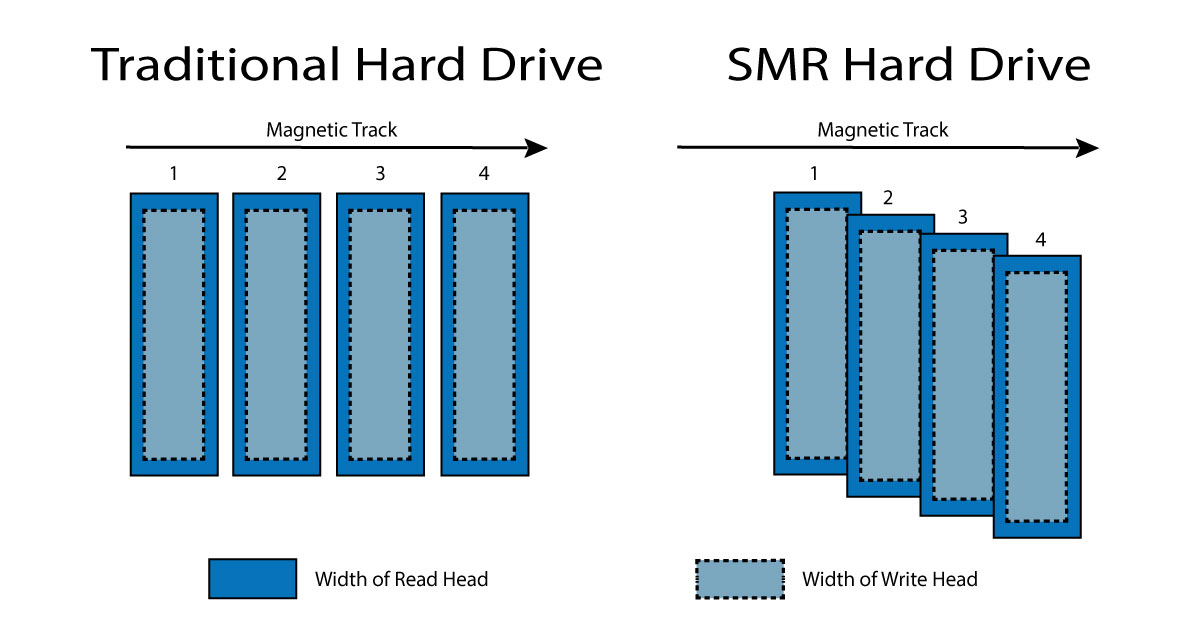 SMR is a relatively new technology that utilizes the fact that write tracks are wider than read tracks on a drive. Data is written sequentially onto a track, and then the track is partially overlapped over another track of data, creating a pattern similar to the shingles on a house roof. SMR removes the aforementioned gaps between tracks, allowing more data tracks to be written onto a drive’s magnetic surface and thereby increasing its storage capacity.

SMR drives’ higher capacity will also affect performance. When data is written to an SMR drive, the write head will write data onto an empty area on the drive instead of overwriting an existing track. Then, when the drive is not in use, it will enter into a “reorganization mode” where old data on the original track is deleted to make space for future use. Because this reorganization is the only way to clear old data, idle time is essential to SMR drives. Constant drive access will give the drive no time to reorganize the magnetic tracks, leading to very poor drive performance.

Users should evaluate their storage and backup needs carefully to determine the drives that work best for them. In principle, SMR drives will deliver the same capacity as CMR drives at a much lower cost per platter, but offer less usage flexibility. SMR drives still provide random-read functions for rapid data access like their CMR counterparts, but since they require ample idle time or sequential workloads for best performance, they work best with systems customized to take advantage of their high capacity and structure.

SMR drives shine when used for backup and archival purposes, as infrequent drive access allows stable drive performance at a lower cost. Businesses who are looking to purchase high-capacity drives based solely on the cost per pallet also tend to favor SMR drives since they can deliver the same capacity on fewer drives, and organizations large enough can often leverage the performance of an individual drive against fleets of thousands or tens of thousands of devices.

Users will need to pay special attention to CMR vs SMR when selecting drives for their NAS. Because of the differences in drive types, users may well look for NAS products that are pre- or partially-populated upon purchase, as that will save them the hassle of having to select the appropriate drives for their situation, as well as giving them good value in a bundle.

Our Commitment to Hard Drive Quality

When it comes to hard drives in your devices, the recording technology used on those drives should meet your business needs. Buffalo’s NAS devices come with hard drives included, and we rigorously test each hard drive to ensure maximum quality is delivered to every device. Our partially-populated NAS products offer the convenience of pre-configured RAID for data protection out of the box, so you can have cost-effective storage you need now while enjoying the flexibility to expand later as you see fit. Along with our award-winning 24/7 customer service and data recovery service, Buffalo is here to help you set up the best storage and backup solution that meets your needs.