Networking problems most small businesses face and without an immediate solution

For the most part, small businesses and smaller organizations have not yet transitioned from 1GbE networking. Even though the need is there with increasingly longer lag times and more frequent data transfer bottlenecks. This is because most small businesses have existing network infrastructure that will not support 10GbE requirements.

To resolve these data transfer network issues and others, a common suggestion is to transition a company’s network to 10GbE. Integrating straight to 10GbE requires most companies to upgrade their cabling to CAT 6A or CAT 7. Until now there has not been a cost effective versatile switch which would allow small businesses to scale to 2.5 GbE and then 5GbE while using their current network.

The BS-MP20 is IEEE802.3bz compliant which delivers value in flexibility that immediately impacts 1GbE networking. 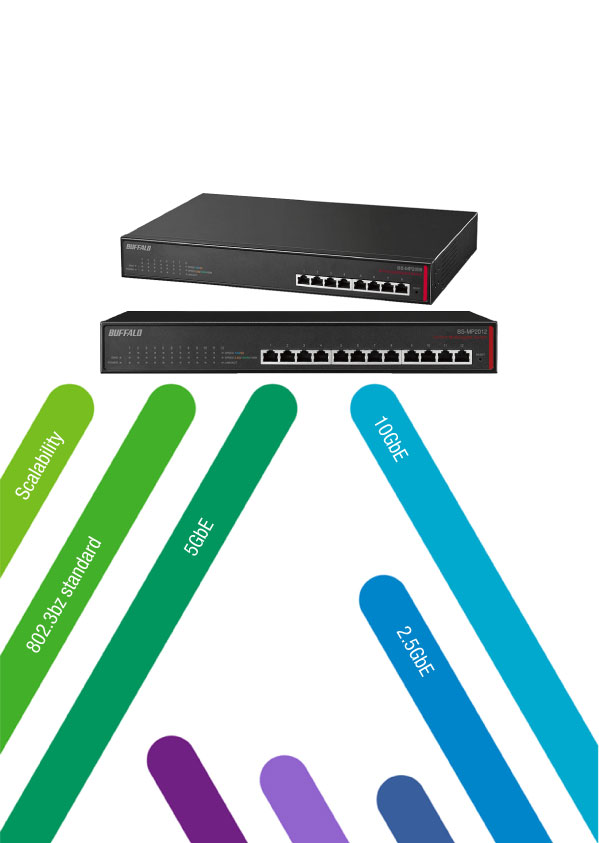 Built for your needs now and in the future

By using the intermediate speeds up to 5GbE businesses can take advantage of up to 5x increased bandwidth over 1GbE while putting off cable plant upgrades until it’s more economically feasible.

Until a business is ready to upgrade their cabling in order to integrate 10GbE to their network, they can still reduce network slowdown issues and extend the life of their network speeds by the simple plug and play install of the BS-MP20. This will drastically increase the bandwidth over their current network and still be compatible for their future 10GbE upgrade.

The TeraStation 5010 NAS series is compatible with IEEE802.3bz so you will be able to access those speeds with this storage device. And when businesses commit to upgrading their necessary cabling for 10GbE the TeraStation 5010 value add would be immediate, as it features up to 2 native 10GbE ports. 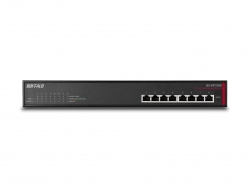